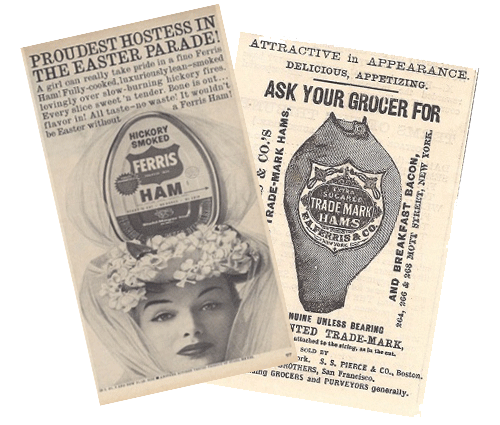 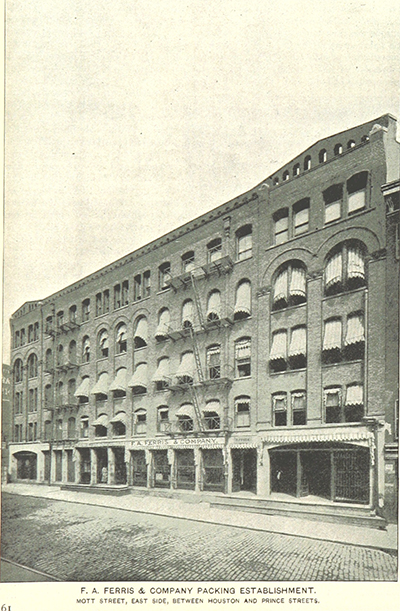 F.A. Ferris & Company expands by building a Model Modern Plant, with mechanical refrigeration and all individual up-to-date processes, which they confined themselves entirely to the production of the Ferris Hams and Bacon. 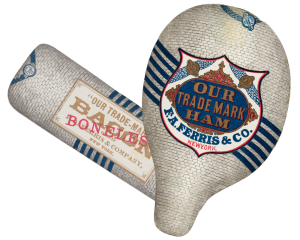 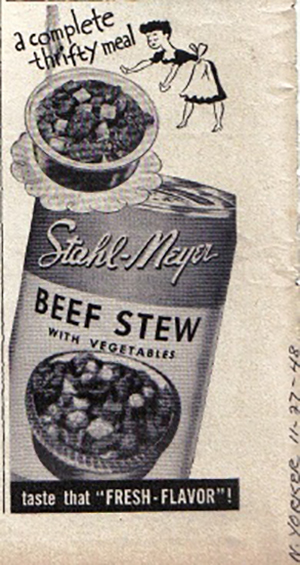 In 1928, F.A. Ferris and company merged with Stahl-Meyer Inc. to become what it is known today as Ferris, Stahl-Meyer Inc., a major manufacturer of top quality cold cuts and Frankfurters. Stahl-Meyer was formed when three sausage companies, each with its own specialties, merged in 1928. Otto Stahl, opened in 1895, was famous for its bologna. Louis Meyer, Inc., which was also formed in 1895 in Brooklyn, made bacon, ham, and European-style canned frankfurters. The third company, F. A. Ferris, founded in 1836, had an international market for hams. Together they produced a full line of prepared meat products. The merged Stahl-Meyer claimed to have over 9,800 delicatessens and butchers as their customers and over $9 million in annual sales.